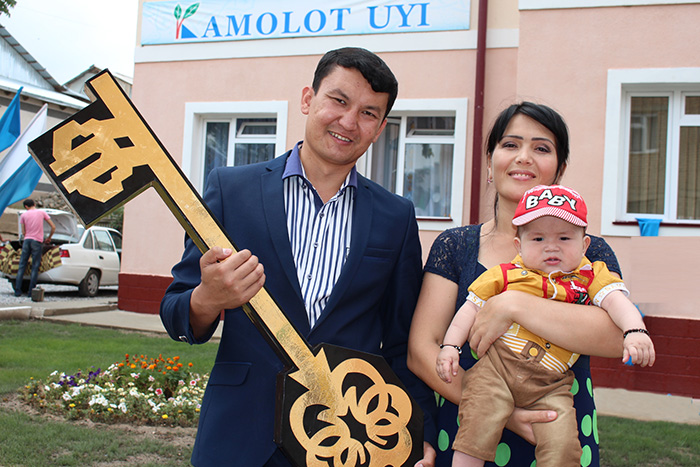 A “Kamolot” apartment house built for young families in the city of Samarqand has been commissioned.

At an event held on this occasion, it was emphasized that broad possibilities and conditions were being created under the leadership of the country’s President for the social protection of young people and for them to find their place in society. The presidential decree dated 6 February 2014 “On additional measures directed towards implementing the state youth policy of the Republic of Uzbekistan” is an important guidance document in this sphere.

As part of the implementation of this document, Kamolot apartment houses are being built in districts and towns and are being given to young families with long-term preferential bank credits. 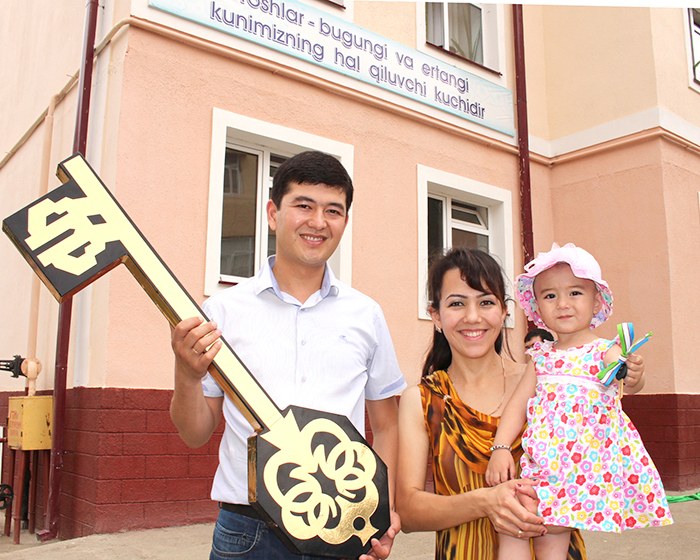 Nearly 200 young families live happily in such apartment houses built in Samarqand Region’s Jomboy, Ishtikhon and Pastdarghom districts. This year, 144 young families in the cities of Samarqand and Kattaqorghon and in Payariq district are joining their ranks.

This Kamolot house that consists of 48 apartments and that was built in Samarqand city has been provided for young people who have worked actively in different fields and become an example for their contemporaries.

“We moved to a new home on the 25th anniversary of our homeland’s independence, which is a worthy gift for the holiday, an unforgettable day,” says a teacher of the Samarqand state foreign languages institute, Umid Qodirov.

Officials say that there are plans to build Kamolot houses intended for 144 young families in three territories of the region in the year 2017.