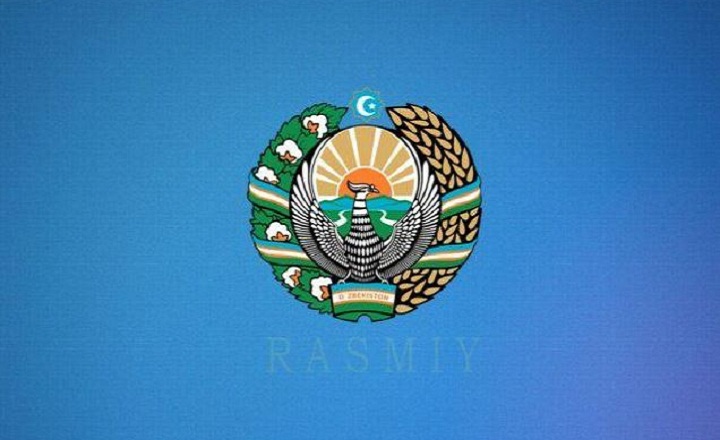 Improving the professional skills of journalists who are working in the national media of the Creative Union of Journalists of Uzbekistan,

In order to increase their creative potential, support and encourage their participation in the social life of the country, the reform process, the traditional contest "The most active journalist of the year" dedicated to June 27 - the Day of Press and Media Workers was held online in quarantine caused by the pandemic.  The competition was organized in all areas of media - television, radio, press, photo and Internet journalism.  Determining the winners of the "Most Active Journalist of the Year - 2020" competition, articles in print media and online publications in the evaluation of creative work, the process of reform and democratic renewal in various fields, including coronavirus pandemics and emergencies  Particular attention was paid to the materials that reflect the noble qualities of our people, such as selflessness, mutual respect, kindness and tolerance, the sense of belonging to the destiny and future of the Motherland is becoming an integral part of our spiritual life.

A Editor of the Department of Law and Appeals of the information-analytical portal "Xabar.uz"

For extensive coverage of reforms to protect human rights and interests in the country, to further improve the judicial system.

A deputy of chief  editor of Mashal newspaper (Tashkent region)

For articles on the process of renewal in the district, employment, improving the living standards of the rural population.

For instructions on the process of renewal in the country in the framework of the implementation of measures provided for in the State Program "Year of Science, Education and Development of the Digital Economy."

For the interactive radio project "Time", "Hello soldier", "10 reasons for travel", "We are not bored" entertainment radio projects, news programs "Tezkor", "Davr" aimed at demonstrating the creative and intellectual potential of young people.

Head of the department of "Hurriyat" newspaper

For articles such as "Any news deserves to be published", "Electronic image", devoted to the analytical coverage of today's social, spiritual and educational issues, cultural life of the country.

For critical and analytical materials on current socio-spiritual issues, in particular, "Impartiality is ignorance, extortion," "When did you look at thin " face "on the Internet?"

For the wide and analytical coverage of the democratic changes taking place in all spheres of life of the region, as well as for social activism in the context of the pandemic.

For a number of TV projects such as the ongoing reforms and democratic renewals in our country, including the talk show "Formula for Development", "Effects of Reforms", "Opposite" talk shows, the first documentary "Covid-19: personal responsibility and responsibility."

Correspondent of "Central Studio" of "My Country" TV channel

For critical-analytical demonstrations aimed at improving the living standards of the population, ensuring the transparency of the activities of public authorities and administration.

Head of the Information Service of the Syrdarya Regional Health Department

Health care reform, for its activism in raising public awareness of the region’s efforts against the global coronavirus pandemic.

For his skillfully reflected photo reports on the changes taking place in various spheres of life in the region.

Own correspondent of "Erkin Karakalpakstan" newspaper

For his articles aimed at raising public awareness of the events, the goals and objectives of the ongoing reforms in various spheres of life in Karakalpakstan.

For materials on the process of important socio-political, economic, spiritual reforms in the region, interethnic friendship and tolerance.

For analytical materials on the content of socio-economic reforms and the spirituality of the population, such as "What is the name of shame or some reflections on spirituality," "The truths which I understood."

Editor-in-chief of the information portal Podrobno.uz

For materials on the comprehensive reforms being carried out in the country to further deepen democratic reforms, strengthen interethnic friendship and harmony.

For a series of materials on the practical expression of socio-economic state programs implemented in the country, their role in the welfare of the population.

Public health reforms in the province, for their demonstrations aimed at promoting a healthy lifestyle.

For articles on the restoration and preservation of our national values, the strengthening of our spirituality, our compatriots who have made a huge contribution to the development of culture and art.

For critical and analytical materials aimed at increasing social activism, protection of citizens' rights and social problems on the ground.

For materials on the effects of education reforms and the upbringing of a physically healthy and spiritually harmonious generation.

For the attention paid to the development of culture and art in Uzbekistan and analytical materials on its implementation on the ground.

For his extensive and analytical coverage of various spheres of life of the residents of the district, for his articles on the issues of improving the welfare of the rural population.

For their broadcasts aimed at educating the young generation growing up in the region in the spirit of love for the Motherland, respect for national and universal values.

Ensuring the transparency of the activities of local authorities in the region, for the rapid and analytical coverage of the ongoing renovation process.

For a series of programs such as "Family Tribune", "Dialogue", "Motherhood Academy", aimed at strengthening the economic and spiritual foundations of families, preparing young people for independent living and the consistent promotion of a healthy lifestyle in the family.

For materials on the history, culture and spirituality of the Khorezm people and their activity in pandemic conditions.