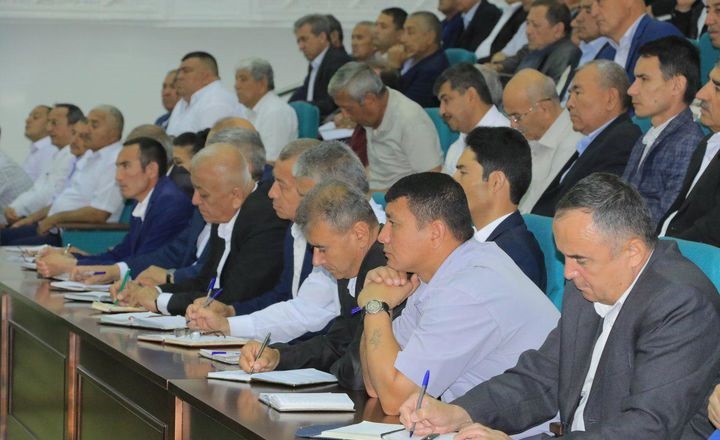 A meeting was held in regional authorities to protect the population, especially youth, from the influence of missionary and proselytizing actions. "At the initiative of the head of our state, today in our country equal opportunities have been created for all religions on the principle of religious tolerance," the governor said. "Some of these abusive groups are becoming" missionaries "and calling on our compatriots to do the same. Based on books published by the Jehovah's Witnesses, Jehovah's Witnesses seek to undermine our unity. The number of our compatriots, who are facing open protests from Jehovah's Witnesses and dissatisfaction with their actions, is growing. Do the mahalla ( community)  elders have the ability to counteract such trends? Do they know how to respond to such requests in such a situation? Do MPs, representatives of political parties demonstrate courage and courage? The chief imam of the region Z. Eshankulov, the Saint Georgian Church in Samarkand, A.Ponomaryov, the resident of the "Jehovah's Witnesses" M.Karimov promoted other religions during the era of globalization, spreading ideas contrary to all the religions of the world, that the danger of the missionary movement aimed at abandoning their religion was not at stake.

"At one glance, we talked a lot about this topic, held meetings and events, published articles and brochures, and created the films of their lives and informed our compatriots of the sad consequences of the missionary activity," said Eshankulov. "But because of neglect, dozens of Jehovah's Witnesses, including deaf and dumb, have joined Jehovah's Witnesses. Because we did not enter them in the mosque, we could not explain it as an apostasy, an unforgivable sin in the holy religion of Islam. The head of the region has assigned the relevant organizations to be aware of the missionary activity that continues as an ideological-ideological threat, to be alert to them, and to timely eliminate these actions.

The audience was shown a video clip entitled "Jehovah's Witnesses: The Art of Manning".

At the end of the meeting, the officials agreed on the implementation of the resolution of the President "On the celebration of Ramadan Hayit, organization of public order in mosques, organization of charity events in Mercy, Charitable and Mercy Houses.