Is the railway area good?

Is the railway area good? 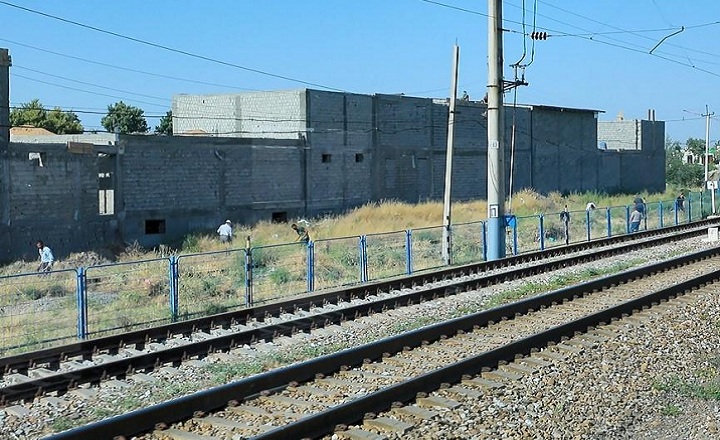 What about landscaping around railways today?  What does the passenger see through the windows of the train?

What needs to be done to create a positive image?  Similar issues were discussed in the next study of the working group on railways, formed by the Samarkand regional administration.  It was also attended by heads of sectors of cities and districts, heads of landscaping departments, inspections of sanitary and epidemiological control, territorial cadastre and architecture.

The first issue discussed in the study was the fact that the roads passing through the territory of Bulungur district are barbed wire, and the facades of dozens of houses need to be repaired.  In this regard, the district officials were given the necessary instructions and it was noted that the population should be assisted in repairing their homes.

An intensive garden has been built on an area of 26 hectares in Jambay district in recent years.  That's good.  But today, the rows between the fruit trees are in disarray, overgrown with weeds.  This indicates that the garden is not being adequately cared for.  In one of the fields of the district, the lower part of the land area was flooded as a result of careless irrigation of crops.  The lands cleared of grain have not been plowed, and replanting has not yet begun.  The fact that the seedlings of ornamental trees planted along the railway track were also neglected as a result of the assignments given during the previous study led to the objection of the working group.  Industry leaders were instructed to beautify the areas and allocate vacant land to the local population for replanting and use.

If earlier the boundary around the railway was about 50 meters, today it is significantly shortened.  The railway border areas, which are on the balance sheet of the reduced Uzbekiston Railways JSC, are also in a state of disrepair.  Officials were asked to transfer the land from the border to the local population in agreement with JSC "Uzbekistan Railways".

Similar problems were observed in Samarkand and Kattakurgan cities and districts.  Therefore, specific instructions were given on the effective use of unused facilities, giving these places to entrepreneurs for efficient use of facilities.