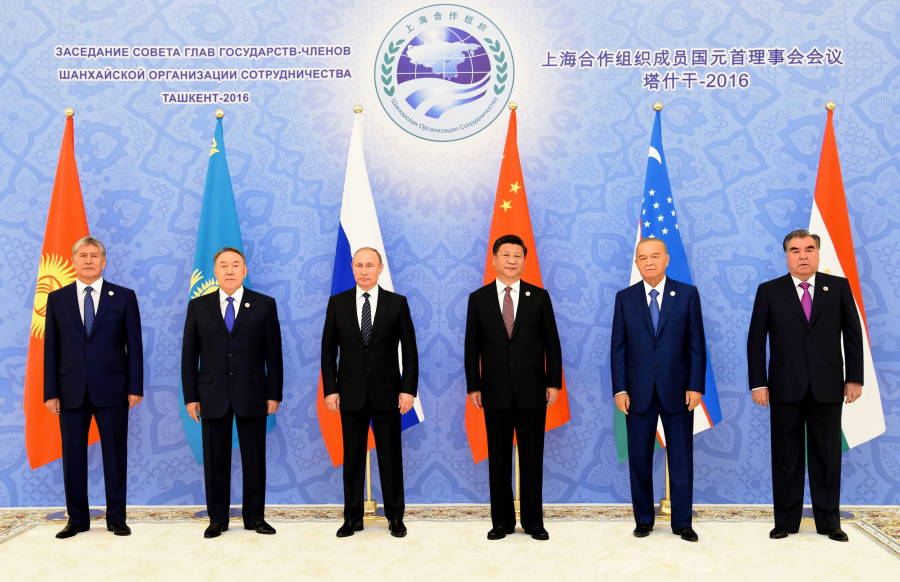 On 23-24 June a meeting of the Council of Heads of Member States of the Shanghai Cooperation Organization under the Presidency of Uzbekistan took place at the Kuksaroy residence. 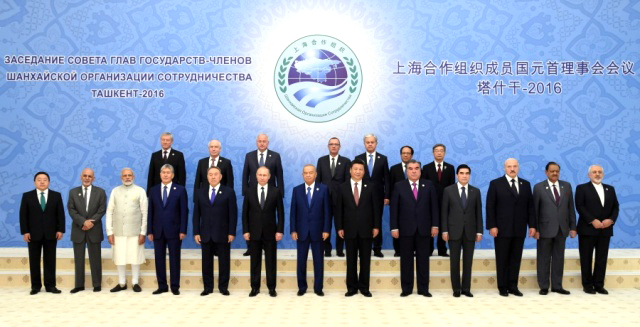 UN Under-Secretary-General Jeffrey Feltman, Chairman of the Executive Committee - Executive Secretary of the Commonwealth of Independent States Sergey Lebedev, Secretary General of the Collective Security Treaty Organization Nikolay Bordyuzha, ASEAN Secretary-General Le Luong Minh and Executive Director of the Secretariat of Conference on Interaction and Confidence Building measures in Asia Gong Jianwei were also present.
Signing of memoranda on obligations of the Republic of India and the Islamic Republic of Pakistan to obtain the SCO member state status at the Tashkent summit was an important stage in the process of expanding the SCO.
The Heads of State noted that obtaining the full member status by India and Pakistan shall increase the potential of the Organization and contribute to the further enhancement of its role in the international arena as a multilateral mechanism for addressing the urgent problems of contemporary time, ensuring security, stability and sustainable development in the region and the world as a whole.
The Heads of State welcomed the signing of memoranda on granting the SCO Dialogue Partner status to the Republic of Azerbaijan, the Republic of Armenia, the Kingdom of Cambodia and Nepal.
Following the summit meeting, the Tashkent Declaration of the Fifteenth Anniversary of the SCO, the Action Plan 2016-2020 for the implementation of the SCO Development Strategy towards 2025, Program on Development of Cooperation of the SCO Member States in the Sphere of Tourism and other documents were signed.
The meeting highly appreciated the activities of the Republic of Uzbekistan during its presidency in the SCO.
At the press briefing with mass media representatives, President of Uzbekistan Islam Karimov pointed out that the meeting was held in the spirit of mutual trust and respect, the reached agreements r will serve the interests of the SCO member states and observer countries.
SCO Secretary-General Rashid Alimov emphasized the historical importance of Uzbekistan's presidency in the organization, high level of organization of all activities in the framework of its presidency and the SCO Tashkent summit as a whole. He expressed his sincere gratitude to the people and leadership of Uzbekistan.
The Tashkent SCO summit concluded its work. Surely, it takes a special place in the history of the SCO as a summit at which important agreements were reached in order to enhance the efficiency of the organization, promoting regional cooperation and strengthening security.
The Republic of Kazakhstan shall take over the presidency in the Organization for the upcoming period.
UzA