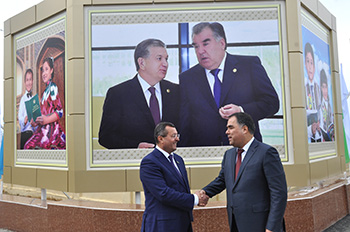 “Jartepa” and “Sarazm” checkpoints between Samarkand and Sugd regions were opened.

Heads of Samarkand and Sugd regions, activists, representatives of general public and residents of border areas participated at the solemn event organized on this occasion. 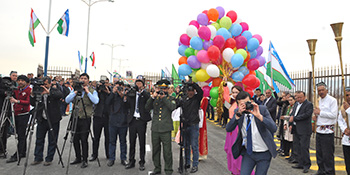 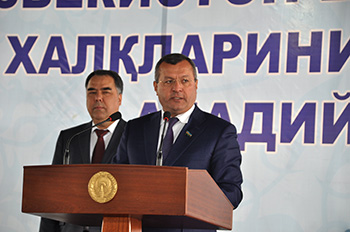 Tajik guests that have passed through “Sarazm" border crossing point in "Jartepa" checkpoint were met by hosts with applause under the sounds of karnays and surnays. 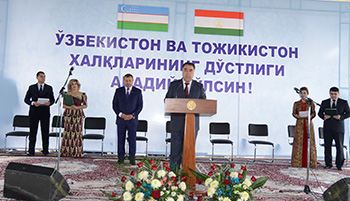 Governor of Samarkand region T.Jurayev congratulated guests and noted that joint efforts of President of the Republic of Uzbekistan Shavkat Mirziyoyev and the President of the Republic of Tajikistan Emomali Rahmon on further strengthening long-standing friendly ties between our nations, are yielding high results. This creates wide opportunities for Samarkand and Sugd regions population, who have centuries-old friendship, similar history, national traditions and customs. Particularly, opening of this border crossing point will allow residents of both countries to travel freely, without unnecessary red tape and visit their relatives and friends.

The ceremony was also attended by the head of Sugd region Rajabboy Akhmadzoda. He noted that opening of the crossing point between Samarkand and Sugd regions will serve the interests of two neighboring people, will further strengthen friendship bonds and good neighborhood relations. He expressed hope that mutually beneficial trade, economic and cultural cooperation would be established between two regions in the near future. 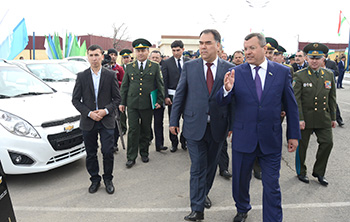 A concert program composed of Uzbek and Tajik literature and music works was presented.

Tajik guests got acquainted with the exhibition of cars and trucks, buses and other products of domestic production organized in the territory of the point. 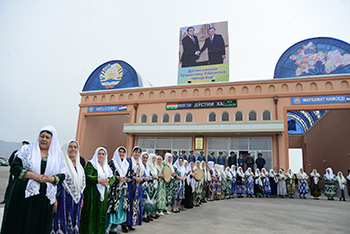 Then representatives of Samarkand regional governorate and general public visited "Sarazm" checkpoint. Authorities and activists of Sugd region warmly welcomed the guests. An exhibition of products of Tajik national handicraft was held.

During the day, thousands of Uzbeks and Tajiks got acquainted with created opportunities and facilities, talked warmly and sincerely, visited each other. 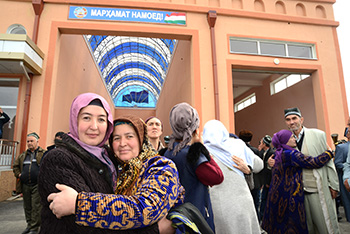