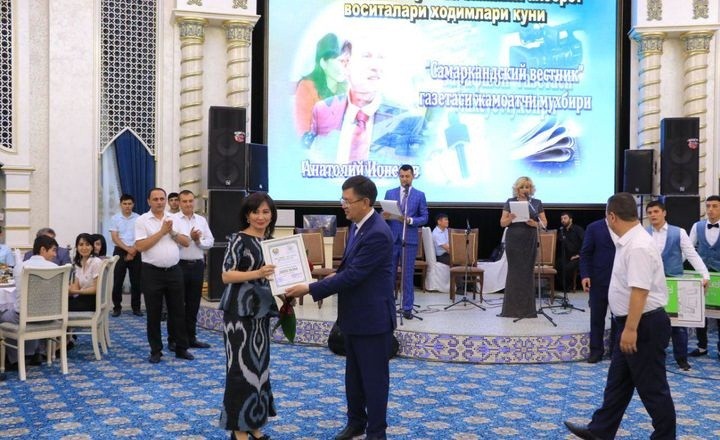 As we reported earlier, the Day of Press and Mass Media was widely celebrated in Samarkand.

At the celebration, the governor of the region E.Turdimov congratulated all participants of the event on the media. Representatives of a group of industries were awarded the honorary title of the governor. 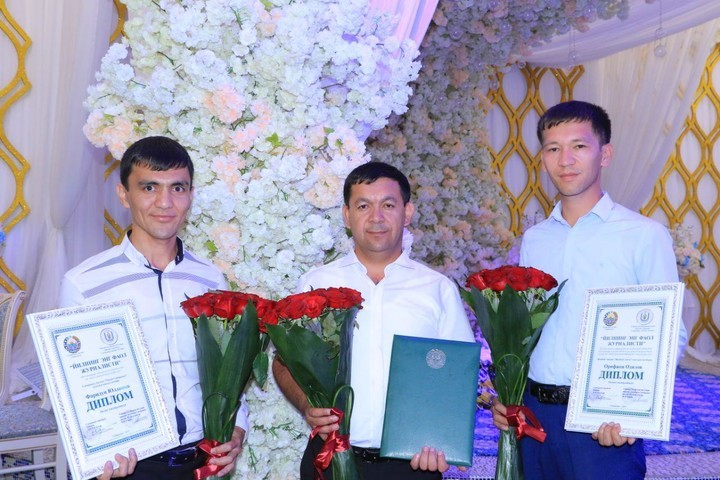 The most active journalists of the region were identified. Specifically, Gulrukh Muminova, the special correspondent of the Zarafshon newspaper, was named the most active journalist in the region. Anastasia Pavlenko, Zamira Boltaeva, Uktam Hudoyberdiev and Gulnora Kholdorova, employees of the editors of the Zarafshan and Samarkand Vestnik newspapers, were awarded the honorary title and valuable prizes of the governor.