The soldiers took the oath

The soldiers took the oath 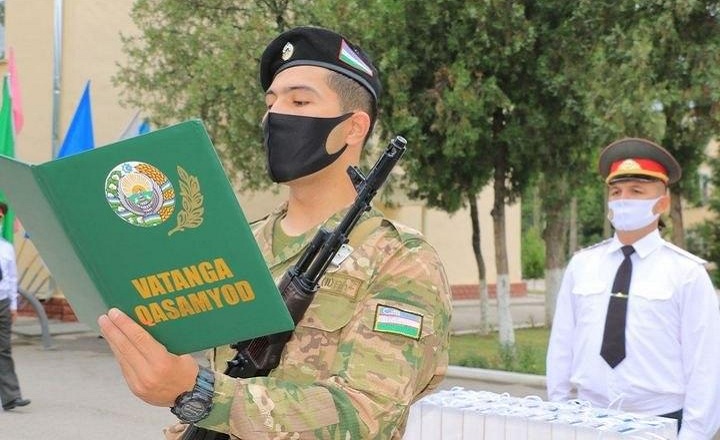 A solemn ceremony dedicating to swearing of conscripts was held  at the Samarkand garrison of the Central Military District.

At the event, the Commander of the Central Military District, Colonel A. Saidov read out the congratulatory message of the Minister of Defense to the soldiers.

The event dedicated to taking the oath of the militaries was held in accordance with the requirements and rules of quarantine.

The soldiers were presented with books which were sent by the President.