A MEETING OF THE GOVERNOR AND YOUTHS WAS HELD

A MEETING OF THE GOVERNOR AND YOUTHS WAS HELD 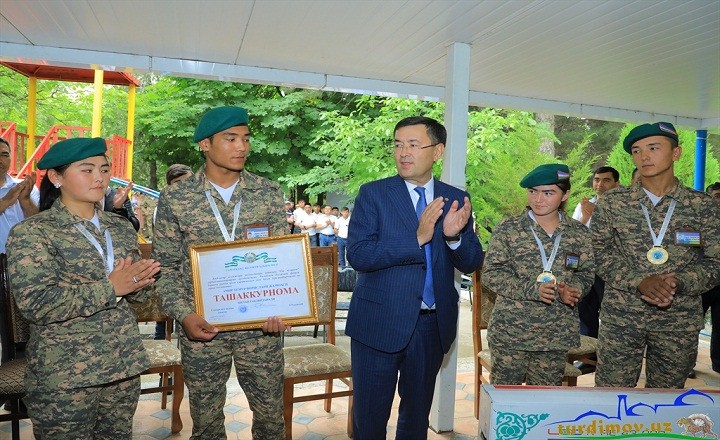 Today, on June 28, a meeting of the governor and youths was held at the Chorchinor rest area of Urgut district.

At the beginning, the young people who came to the meeting were informed about the creative work in the region and their future plans.

More than 50 boys and girls have appealed to the governor for their concerns and suggestions. Majority of  problems were solved at this place. For example, Aziza Rakhmanova, a pupil of the 34th secondary school in the district said that the school sports hall which she was studying for was not provided with sport equipments and  asked  help . Also Farangiz Mahmadaminova, one of the active girls of the Youth Union of Uzbekistan at district section , appealed to sent a bus for the youths of the district.

At the meeting, all the requests of young people were brought together for a one-week term, and the execution was controlled by the regional government and the regional council of the youth union.